(Not) Reading the Signs: Writing and Script in Modern Asian and Islamic Art 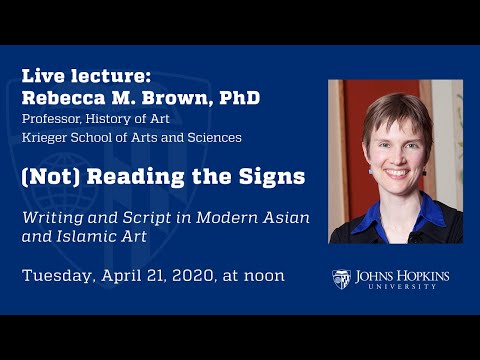 Many artists in the last 50 years have explored the complexity of writing and scripts in their works, from floating letters, scribbles that look like writing, coded inscriptions, pseudo-characters, and imitations of Mayan and Egyptian hieroglyphics. Rebecca M. Brown, Professor in the History of Art, invites us to think about script and sign systems in modern and contemporary art from around the world, focusing first on KCS Paniker, an artist from India active in the 1960s and 1970s, and then situating him within a larger context of artists from that period and later who experimented with scripts—Arabic, Persian, and Chinese—to different ends. Visit www.jhu.edu/hopkinsathome to see other lectures.